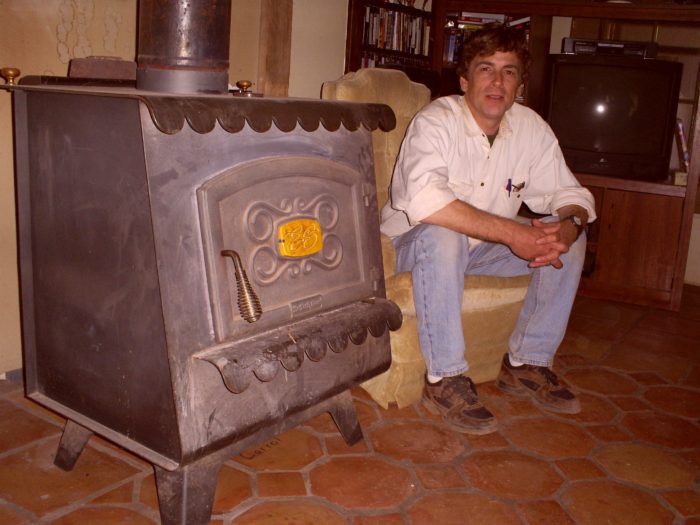 An Oasis for Some Pioneers

AN OASIS FOR SOME PIONEERS

Though Chester and Lucille Willis had read all about Negro leagues pitching great Satchel Paige, they never imagined they would actually meet him. But in the spring of 1949, he arrived at the front door of their Tucson home.

During spring training in the Cactus League, the Willises ran a boarding house for the Cleveland Indians’ black players. Although baseball started to integrate when Jackie Robinson joined the Brooklyn Dodgers in 1947, hotels remained segregated in many cities across the country, and Tucson was no exception. The Indians had to find private housing for their black players.

In 1948, when Chester was a foreman at the Tucson Laundry and Dry Cleaners, his boss, a friend of Indians owner Bill Veeck, asked if his family would house and feed 24-year-old outfielder Larry Doby, the American League’s first black player. The Willises agreed. Paige arrived the next year, and Chester and Lucille were so honored to have him as a guest that they slept on the back porch and gave the star their bedroom.

“Satchel was used to the way he had to live, always being pushed into the background and having trouble finding a place to sleep,” recalled Lucille a few months before she died on April 11 at age 73. “But he didn’t mind. From the first minute he walked in here, he was talking and smiling like I’d known him all my life.”

On Paige’s first morning at the Willis house, he emerged from the bedroom, grabbed Lucille, gave her a big hug and said he had never slept better. “I thought maybe he’d snuck out during the night, but no, he said the bed was the most comfortable he’d ever slept in,” said Lucille with a laugh. “But Satchel was so full of bull you never knew if what he was telling you was true.”

When they agreed to take in Doby, the Willises had no idea that he would be followed by a multitude of other players. But from 1949 to ’51, they had as many as five players at a time staying in the modest five-room house on Tucson’s west side, where Chester, 79 and retired in 1982, still lives. The boarders included outfielder Minnie Minoso, first baseman Luke Easter, pitcher José Santiago and shortstop Art Wilson. During the six weeks of spring training, the couple set up twin beds in the bedroom, moved the piano from the living room to the back porch to make space, and sent the two oldest of the three children to their grandmother’s, in San Diego.

The accommodations were not lavish. Only Paige got a room of his own, and Easter, who stood 6’4” and weighed more than 220 pounds, had to shower at the ballpark because he couldn’t fit into the Willises’ small bathtub.

The Willises became a second family to the players. At night the couple helped teach English to the Cuban-born Minoso, and Wilson, now a car salesman in Portland, Ore., says Lucille prepared all kinds of down-home food. “They practically turned the house over to us,” he says. “I’d rather have been there than at the hotel.”

Doby, now the community relations director for the New Jersey Nets, says that being shut out of the hotel never bothered him. His primary interest was performing on the field, not bucking the conventions of the day. “There were enough negative feelings toward blacks playing in the major leagues without fighting about where we slept,” says Doby. “Staying with the Willises really helps relieve some of the pressure. I knew if I had a bad day, I had a nice place to go back to. The food, the hospitality – they treated us like family.”

But Lucille said it bothered her that the men weren’t allowed to stay with their teammates. She wanted to do something to make their lives easier.

“They had to go to the ballpark and face the crowd and the pressure just like the other players, but at night they couldn’t go back to the hotel with them,” she said. “We made a little profit from it, but that wasn’t why we did it. We wanted to give them a nice home to come back to where they could feel like men, just as equal as the others.”

During spring training, most of Lucille’s day was spent preparing meals and running to and from the grocery store. Every morning by seven, the players would gather around the kitchen table. Breakfast consisted of fruit juice, dry cereal, eggs, ham, rice and grits. By 8:30 the players were on their way to the ballpark in a car provided by the Indians.

After washing the breakfast dishes, Lucille would begin preparing dinner – macaroni and cheese, or a roast with string beans and peas. Some nights, she barbecued. Her sister, Amanda, helped out by making lemon pies for dessert. With dinner made, Lucille would sometimes go to the ballpark to watch her guests play baseball; then she would try to beat them home so she could have supper on the table when they arrived.

Though the players ate just about everything Lucille prepared, she sometimes tailored meals to fit individual tastes. She made carrots for Doby, black-eyed peas for Easter, and chicken and candied yams for Wilson. The only player she had trouble feeding was Paige, who required a special diet. He had a nervous stomach, which he blamed on the bad food and water he had consumed while traveling with Negro league teams in South America.

“I fed Satchel a lot of soup and oatmeal,” said Lucille. “He liked to drink hot water, too, because it soothed his stomach.

Sam Lacey, a reporter for the Afro-American, a Baltimore newspaper, went to Tucson in March 1949 to write about the players – he called them “the Tan Tribesmen” – and their life at the Willises home. Lacey noted the irony of the black players practicing, showering and dressing with their white teammates but becoming “colored” upon leaving the locker room. He gave an hour-by-our description of the players’ day, which included a regular 5 o’clock stop at the corner drive-in for a malted milk and some jukebox music, then dinner at six at the Willises’ house.

“From 7 p.m. to 9 p.m. is spent on such chores as letter-writing, shaving and shopping, maybe an occasional visit to the ‘colored balcony’ of some local movie house,” wrote Lacey. “The 11 p.m. curfew usually falls with Doby, an avid reader, engrossed in a magazine or newspaper, and Wilson and Minoso engaged in a card game with the Willises or newspapermen.”

But quiet evenings were not the rule. Almost every night, the house was besieged by phone calls and visits from Tucson’s black fans. They wanted to talk to their heroes, especially Paige, and they weren’t always subtle about it. One evening Lucille was sitting in the living room when the front door opened and eight people walked in without knocking. “We want to see Satch!” they announced.

Paige talked to them, and he gradually eased them out the door. “That was Satchel’s hobby, talking,” said Lucille. “He had stories for everything. But from then on I kept the door locked.”

The Willises were glad when Tucson’s hotel started opening to Blacks in the early ‘50s, but they missed the players they had taken in. Their guests had become more than boarders; they were friends. The couple kept snapshots of the Doby and Willis families posing together on a trip to the desert. And they recalled reading the tragic news of Easter’s murder – he was robbed and shot by two men outside an Ohio bank in 1979.

“Knowing him the way we did, that really hit hard,” said Lucille.

Over the years the Willises followed their players through box scores and newspaper stories, and they frequently exchanged cards and letters. Some former players returned to Tucson to visit and talk of old times. Wilson stopped to see Chester and Lucille while passing through Arizona last year. “It was like a homecoming,” says Wilson. “I was like a lost child coming home after 40 years.”

But the Willises’ most vivid memories were of Paige, who frequently bought perfume to give to female fans. Lucille recalled the day he drove to Nogales, Mexico, and bought four large bottles of expensive perfume. When he got back to Tucson, he separated the perfume into several smaller vials and would hand them out to the women who came to the house to meet him.

“My home always smelled so beautiful when Satchel was here,” said Lucille. “That’s one of the things I was sad about when he left. The beautiful smell was gone.”

But there was nothing sad about seeing that era end. “I hope by taking them in the way we did, we were able to make being separated from their teammates a little easier,” said Lucille. “We were just trying to make things right for them.”