"Leo Banks is among the great magazine writers of our time."

South of the Border

I spent three weeks traveling with the AAA Juarez Indios of the Mexican Baseball League and wrote about it for SI.  The incredible photos for this story were taken by Bill Eppridge, a famous Life magazine photographer. Remember the chilling photo of Bobby Kennedy lying on the floor at the Ambassador Hotel in L.A. after he was shot in 1968? Bill Eppridge took that historic shot. As a writer, you couldn't have asked for a better talent to illustrate your story.

An Oasis for Some Pioneers

During spring training in the late 1940s, when segregation prevented black ballplayers for the Cleveland Indians from staying in Tucson's hotels, team owner Bill Veeck arranged for them to stay with local families instead.  Chester and Lucille Willis rearranged their lives to accommodate Larry Doby, the American League's first black player, and the great Satchel Paige, among others.  The Willises were great people and it was a blast to sit down and talk to them.

The Spirits Moved Him

On the Hopi Mesas, Louis Tewanima is a secular saint revered by young athletes who run every Labor Day in a race that bears his name. One of the greatest American runners, he competed in the Olympics in the 1908 and again in 1912, when he won a silver medal in the 10,000 meters. Tewanima died on a dark night in 1969. You won't believe how.

In 2005, the L. A. Times magazine sent me to Quartzsite, Arizona, where I met bookstore owner Paul Winer. He does business naked. Not buck naked, of course. That would be weird. He wears a jock strap and a hat. His best customers are truckers buying thrillers and westerns.  "Some are into a lot of unusual political stuff, too," he said. "You get a lot of oddballs off the highway."

Who Would Have Thought Academics Would Indulge in ... Stooge Studies?

What is there for an academic to study about a guy nicknamed "porcupine?" I'm referring to Larry of Moe, Larry and Curly fame. Jon Solomon is a distinguished professor of the classics, but what he really loves is the Three Stooges. I visited him at his home in Tucson and we practiced the Curly Shuffle together. Nyuck, nyuck, nyuck.

Mirsada Buric is one of the bravest women I've ever met. In 1992, the 23-year-old Muslim ran through Serb rifle fire in Sarajevo to train for the Barcelona Olympics. She risked her life to tell the world what was happening in her country. After the story ran, my editor at the Los Angeles Times called with multiple messages from Hollywood producers looking to film Mirsada's story.

An Ultra-Athlete On a Mission

At 54 years old, Clare St. Arnaud, part Chippewa and part Santee Sioux, was one of America’s top ultra-triathletes. He was considered the Great Red Hope, an inspiration to Indians everywhere. I traveled to Oracle, Arizona, to visit him at his trailer.

"Bahana" Humor on the Hopi Reservation

On northeast Arizona's Hopi Reservation, I met Joe Day, a shop owner who wrote a newspaper column called The Pet Report, a biting and hysterical send-up of white people. "Who are these guys and what are they doing here anyway?" asked Day. Nothing about him or his column was conventional, so I liked him a lot.

In Nicaragua to write about baseball under the Sandinistas, I met with a talented shortstop named Nemesio Porras and his family.  But Sandinista loyalists spread the word that I was a scout there to spirit Nemesio out of the country, thereby undermining the revolution.  A sports radio host in Managua denounced me on the air. "Alert! Alert! He's come to Managua wearing the mask of a journalist, but don't believe it!" Sheesh!

A stroke deprived a young Navajo boy named Dusty Rockman from using his hands. So he began painting with his feet and became one of the most talked-about artists in the Big Rez. When I visited Dusty and his family at Hunter's Point, near Window Rock, they'd fallen on hard times and were living in a storage shed.

Tourists and wild burros roam the streets of the old gold mining town of Oatman, Arizona, near Kingman. Throw in the town's 100 residents - or should I say characters, first names only - and you have an exciting time in a very, er, colorful place.

This has to rank as one of Arizona's biggest mysteries. What appear to be Roman crosses and swords are found buried in a wash outside Tucson. National publicity ensues. Experts make wild claims. Reputations are lost. And all these years later, no one can explain what the heck was going on.

He definitely was not Wyatt Earp. In the first place, he was funny. Second, he was naked. Stark, raving naked. He came to Tombstone in 1891. They called him O Homo, and the town went wild.

Writer and cowboy J.P.S. Brown has lived a wild life on the back-trails, saloons and brothels of the American West and Mexico. I've gotten to know Joe Brown on several visits to his home in Patagonia. He's a Nogales native, a Notre Dame grad, former Marine, stunt man, actor and good pal of Steve McQueen. He's become a good friend of mine. What a life he's led!

Marcus Luttrell was part of a Navy Seal team that fought a desperate battle against the Taliban in 2005. He wrote a best-selling book called Lone Survivor. The helicopter crew that rescued him was from Tucson's Davis-Monthan Air Force Base. This story will thrill you, fill you with pride, and put a lump in your throat. It was my honor to meet the men who pulled off the daring rescue. This is one of my favorites.

A New Billy the Kid?

The Billy the Kid legend will never die. It’s too much fun.  This story details ongoing efforts to discover if Pat Garrett really did shoot Billy dead in 1881. Or did he live well into the 1900s under a different name?  He was a hothead with a hog-leg – a juvenile delinquent -- but we can’t let him go. Did you know that Billy killed his first man in Arizona?

ATF agent Jay Dobyns infiltrated the Hell’s Angels and wrote No Angel, a harrowing bestseller about what it was like. His latest book, Catching Hell, tells how bosses at his own agency and a cabal of government lawyers tried to screw him. After my story on Jay, we reconnected when his son and mine played on the same high school football team.  Talk about an Arizona original. 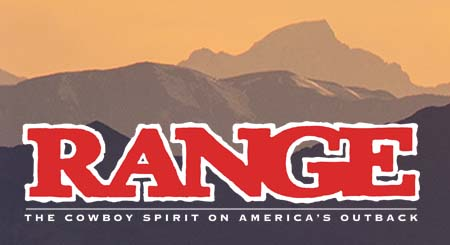 The fabulous Sierra Bonita is one of the great old ranches of Arizona. Billy the Kid worked there and Wyatt and Doc holed up there on their mad run out of the Territory after dispatching some mustachioed bad guys. Who runs it now?Jesse Hooker Davis, who played college football at Cornell, if you can believe that.

What do you call a guy who wants nothing more than to sit on his couch in his Cubs' hat and underwear and watch TV all weekend? A couch potato, of course. I called him Edmund and he's quite a guy.

Cigars Not Just a Smoke

I wrote an ode to the cigar-smoking male. Looking back, I'm not sure the story was about anything, although some thought it was a response to all the talk at the time about the new, sensitive man. Okay, fine. Whatever it was about, I liked it.